The grand final of the 2th National Innovative Chemical Experiment Designing Competition for College Students was held in Qingdao University of Technology from August 24th to 27th. The innovated experiment project “Preparation and characterization of a thermochromic spin transition material” by Zhao Yizhen, Yang Haocheng and Ye Yukun, undergraduates from College of Chemistry, Nankai University, was awarded the special prize in the competition, and Nankai University was awarded the excellent organization. 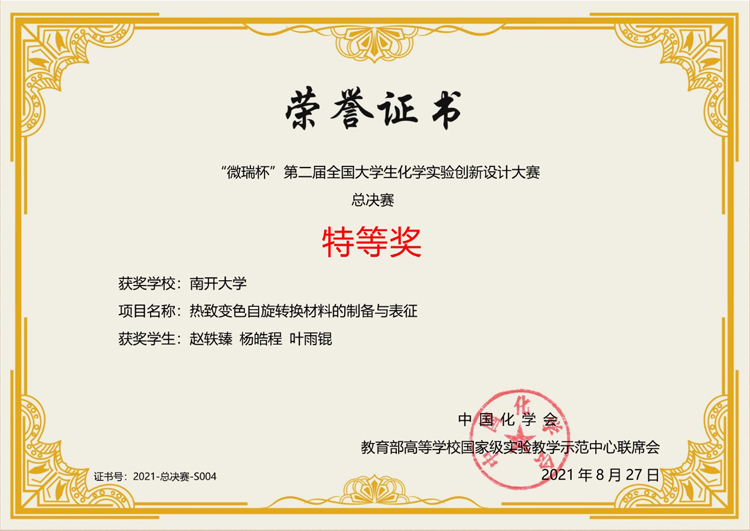 The competition, lasting for nearly two months and involving nearly 900 teams from about 370 colleges and universities, was carried out in three parts: science popularization experiment, improvement experiment and innovation experiment. 90 teams were promoted into the grand final after heated competition in 7 divisions.

According to the requirements of epidemic prevention and control, the grand final was conducted by the combination of online reporting and offline judging. Based on the phenomenon that ferrous iron performs spin transition in coordination compounds, the delegation from Nankai University combined various chemical knowledge like ligand field theory, H-bonds, energy transition, etc. By ligand adjustment, solvent replacement, instrumental characterization and independent design, they managed to achieve the teaching objective of three levels including knowledge, ability and quality.

The experiment project is well-fitted for undergraduate teaching by the virtue of the safety of its reagent, the immediacy of its phenomenon, as well as its high operability and extensibility. 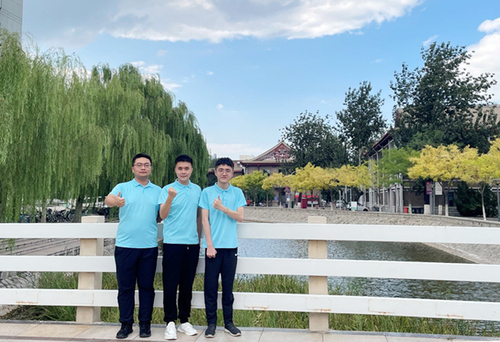 The National Innovative Chemical Experiment Designing Competition for College Students is sponsored by the Teaching Guidance of Chemistry Major of Higher Education Ministry of Education, and co-sponsored by the National Experiment Teaching Demonstration Center of Higher Education. The competition serves as an exchanging forum which aims at improving the quality of teaching, strengthen the basic chemistry knowledge and experimental skills of undergraduates and enhancing their innovation abilities. The competition is committed to building a platform for the display and exchange of undergraduates’ experimental innovation ability, and further promoting the reform of undergraduate chemistry experiment and practice teaching in colleges and universities in China.