The emblem, slogan and the mascot of IChO2022 has been released

On June 10, the Organizing Committee of the 54th International Chemistry Olympiad held a press conference to officially release the emblem, slogan and mascot. 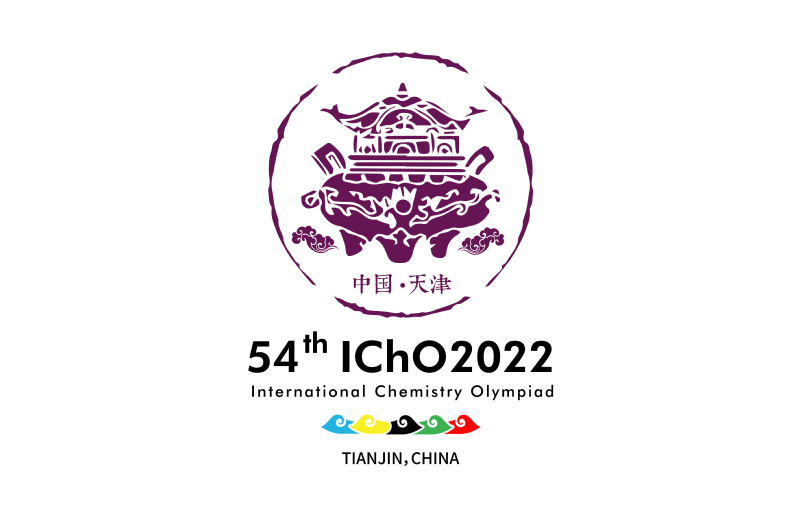 The emblem is composed of a blast furnace, a seal, a few auspicious clouds, Olympic rings and other elements. Alchemy is the earliest chemical application in China. The furnace represents the origin of chemistry and pays tribute to the International ChemistryOlympiad held in Beijing in 1995. The seal,which is a traditional Chinese cultural symbol, serves as the symbol of the host country, and pays tribute to the 2008 Summer Olympic Games in Beijing. As to the auspicious clouds, there is an old Chinese saying，‘the meeting of wind and clouds.’ which is a metaphor for a capable person meeting a good opportunity, to express that this event is a great opportunity for leading young chemical students from all over the world to display their talent. The colors of the Olympic rings are used to color the auspicious clouds, symbolizing the inheritance of the International Olympic spirit. Students from five continents gather in one event and compete together. Pale purple, also known as Nankai purple, reflects the enthusiasm of Nankai University to welcome guests from all over the world and its determination to run this competition well. 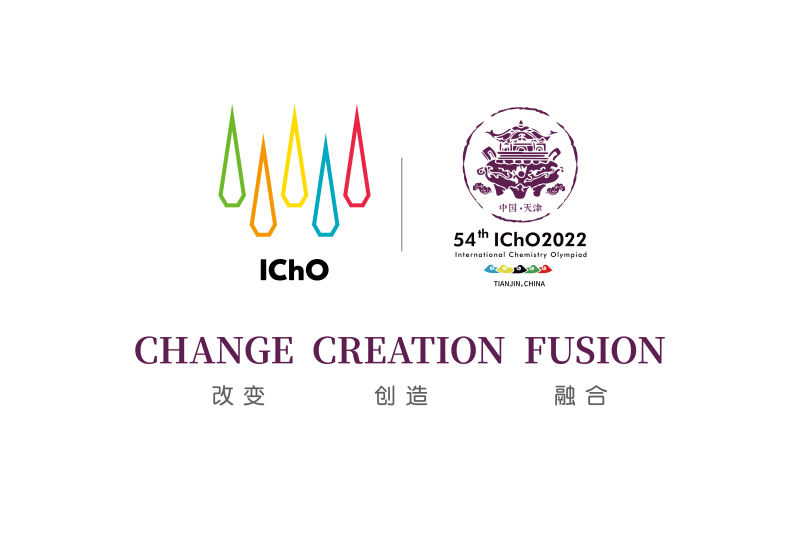 The slogan is “Change, Creation, Fusion”. The form of the slogan adopts a catchy parallel sentence pattern that has not been used in the past. Among them, change and creation are the essence of chemistry, reflecting the important role of chemistry in the process of world evolution and development. Fusion embodies the meaning of blending and integration, and echoes the furnace in the emblem of IChO2022. To change reflects China's proposition that science and technology are for social good, that science and technology are involved in social governance, and that science and technology can better contribute to human well-being. Creation is more about innovation, which begins in childhood: we need to be good at innovation, be brave about innovation, and be responsible regarding innovation. Fusion is based on the spirit of ‘opening and fusion, welcoming the world to an open and integrated, harmonious and inclusive power. It also expresses the hope of the organizing committee for cultural and academic fusion among the participating countries and regions in the world.

The mascot is a golden monkey chemical experimenter named KEM. The golden monkey wearing goggles was chosen as the mascot of the event, highlighting the lively and cute cartoon image of the monkey and fully demonstrating that the event is an international event for young chemistry enthusiasts. The prototype of the mascot is a golden monkey, a national-level protected animal. It isalso inspired by the Monkey King,. the main character in ‘Journey to the West, ’ one of the four classic Chinese novels. He is smart, brave, decisive and hardworking, all qualities that young people who love chemistry need to have to grow up to be internationally renowned chemists.